Change is inevitable especially when it comes to truck-driving technology. Quite recently, a few trucking companies have introduced driver facing cameras in the cab section. The number is slowly growing although the technology has been met with mixed reaction. Those supporting driver facing cameras argue that it reduces liability and saves lives. On the other side of the spectrum, critics point out the invasion of privacy to extreme levels.In fact, there have been reports of truck drivers especially old timers seeking alternative carriers after their previous companies introduced driver facing cameras. There are also truckers who were not welcome to the idea but changed their minds after learning the advantages. Regardless, the decision to work for a company that has in built cab camera is all up to you but you should at least know what it is all about. 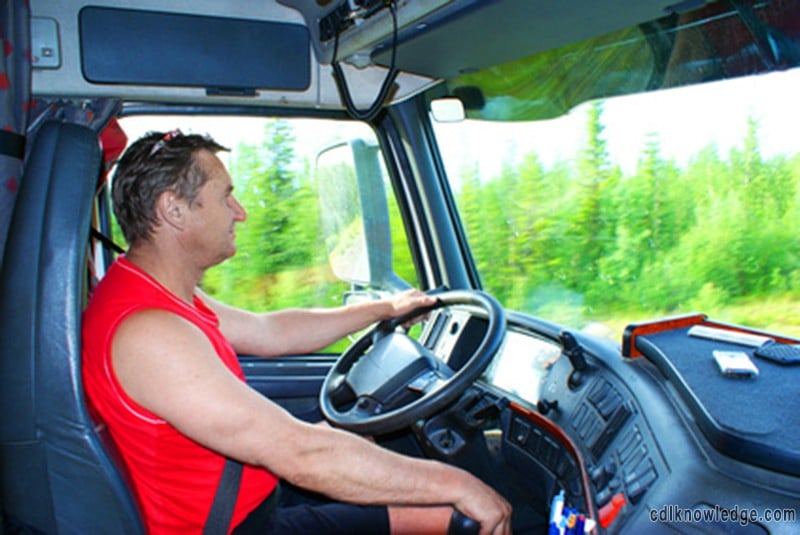 [su_heading style=”modern-1-orange” size=”18″ align=”left”]How the system works [/su_heading]
Most trucking companies have driver risks management systems within their truck. The system usually involves driver facing and forward facing cameras that monitor the way the trucks are operated. Although, there are trucking companies that have only installed traffic facing cameras without the driver facing back up. While the truck is on duty, the dual cameras capture both video and audio in real time plus the location. The carriers can access the data through a web portal that is backed up by an onboard system. If the driver is caught up in a risky situation, the data is immediately sent to the carrier. Perhaps the biggest advantage of driver facing camera is detecting signs of fatigue or distracted driving such as heavy eyelids or inappropriate texting. Once the signs have been distinguished, the trucker is sent an alert message. Don’t think driving at night will get you off the hook since the cameras have infrared ability to record in the dark.

[su_heading style=”modern-1-orange” size=”18″ align=”left”]What are the benefits? [/su_heading]
Apart from alerting drivers whenever they are distracted or too tired, driver facing cameras have been proven to reduce liability significantly. In case of an accident whereby the facts are not clear, a driver facing camera could be used as evidence to exonerate the truck driver and his/her company. Of course, the expensive legal settlement that would have been paid out in unclear circumstances is reduced or completely avoided. Additionally, if the company notices there are specific areas a CDL driver might need to improve, re-training is recommended. Like a home-based system, driver facing cameras comes in handy in case of an unexpected security breach to the cab. Not to forget, the data backed up in the on board system could be a part of the solution for numerous truckers who have complained that their DAC reports have been falsified.

[su_heading style=”modern-1-orange” size=”18″ align=”left”]What are the complaints? [/su_heading]
Not every trucker is comfortable with a camera pointed at their working station. In fact, some trucking companies have stopped using driver facing cameras after losing majority of experienced drivers. Well, can you blame them? Truckers with 10 to 20 years experience under their belt with no major accidents do not take it lightly when they are introduced to a driver facing camera. Work relationships are built on trust and not many truckers appreciate being micro-managed. Those who are against it argue that traffic facing cameras are enough for monitoring purposes but an inside camera is going too far. Furthermore, they drove all those years before the introduction of cameras yet they were never involved in a serious accident.
How many fleet owners, supervisors and trucking company executives would be comfortable with a camera in their office monitoring everything they do? Not so many if you do the count but why do it for truck drivers? Because life-threatening accidents do not happen in the office but on the road. In fact, drivers who operate trucks with driver facing cameras are unlikely to be involved in distracted driving behavior such as texting or eating on the wheel. That is because people tend to behave differently while the camera is on. Even the common bad habits like picking up a dropped item on the floorboard while driving is scrutinized. Perhaps the most common misconception about driving facing cameras is that they are always on watch whether the driver is on or off duty? To the contrary, the cameras only monitor the driver when he/she is on duty. Whenever you are on break and not driving, the inside camera has no business to monitor your movements. Most trucking companies have made that clear.
Apart from the old timer truckers who are shy on the camera, the new generation of truck drivers seems to embrace the idea. If you are doing everything by the book, why worry when there is a driver facing camera in your truck? Plus if there is a false report against you, there is a camera to prove your innocence. At the end of the day, it is you who will weigh the options and decide whether or not to work for a company with driver facing cameras.