The Gun Question: What You Need To Know

The controversial debate has been going on for years now. Yes, sometimes it can get dangerous on the road and a driver is left with no options but self-defense. Is it legal for a truck driver to carry a gun for protection? Well, at the moment, there is no straightforward answer and it is complicated.  What if you manage to carry a gun in your truck, what are the risks? Regardless of your opinion or options, you must consider the law and adhere to company policy.

What does the federal law state?

Section 926A which covers Interstate Transportation of firearms under CHAPTER 44-FIREARMS, PART 1- CRIMES, TITLE 18: CRIMES AND CRIMINAL PROCUDURE is the only written federal law that touches on the subject. The most widely accepted interpretation of that statute is that drivers can legally transport a gun in a CMV but here is the catch……..the gun must be unloaded and separate from the ammunition. The section further states that all CDL drivers must adhere to state regulations. Hence, the state laws rather than the federal law is what limits a CDL driver from carrying a firearm. In fact, you can get arrested and charged if you cross over into different states that do not recognize your gun permits. For instance, a gun permit that is valid in Ohio and Pennsylvania is not recognized in New York and even with an unloaded gun; you are likely to get charged with fourth-degree criminal possession of a weapon in New York that can lead to serious jail-time. That is why if you are considering carry a firearm in your truck, you ought to consider state laws. 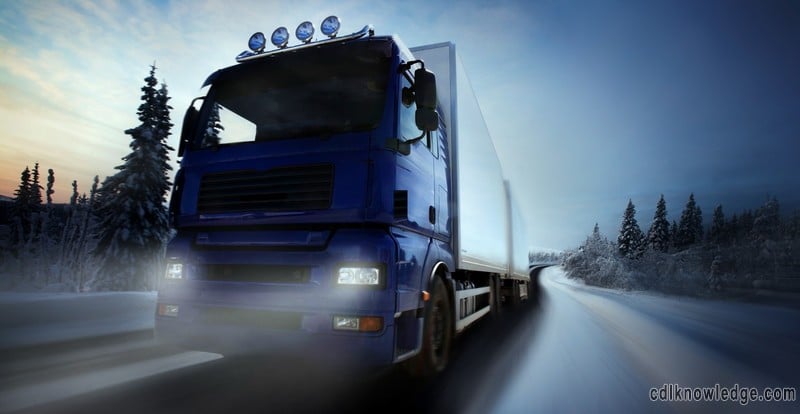 The state laws on firearms vary from state and state. In fact, there is no provision that expressly favors CDL drivers from the rest of the law abiding citizens. In most states, if you are allowed to carry a gun, you must have a valid concealed carry permit. However, sometimes you can get a concealed carry permit in your residential state but once you cross over into a different state, you could get in trouble with the law. Hence, be sure to double check states that will honor your concealed carry permit before crossing the border line. Even if you are cleared to carry a concealed firearm in a specific state, there are other factors to consider such as carrier company and dock/shipper yards policies.

Majority of trucking companies, if not all, will not allow the drivers to carry concealed firearms in the trucks. The main reason why trucking companies do not allow guns in their trucks is to avoid lawsuits. Due to vicarious liability, if an unexpected plot occurs and an exchange of fire ensues, the driver and the company are likely to face a Wrongful Death Lawsuit. No company wants to be sued millions of dollars due to a careless driver and in such a case, the company’s defense attorney will argue the driver willingly broke company policy by having a gun in the truck. Moreover, if your carrier company finds out you have a firearm in the truck, you will be fired with immediate effect and the details will be outlined in your DAC report. Remember, a DAC report that cites the driver was found with a gun in the truck against company policy will likely ruin your truck driving career since no company will want to employ you after that.

Even if trucking companies allowed drivers to carry firearms, which they don’t, private or commercial properties do not allow guns. Most private property owners especially trailer yards and docks will have a sign that reads ‘No weapons allowed beyond this point’. If a gun owner happens to get caught with a firearm within the property, he/she can be charged with criminal trespass while in possession of a firearm.  In fact, that is a felony in most states that will strip the gun rights from the owner.

Most truck drivers who advocate for the right of truckers to carry firearms mention the Michael Boeglin case as a perfect example. Michael was recently shot dead in his truck at an abandoned parking lot and his truck burned down. The aftermath gave rise to a petitioning of bill named ‘Mike’s Law’ that accumulated 11,000 signatures from fellow truck drivers. The objective of ‘Mike’s Law’ was to make it legal for truck drivers to carry firearms throughout the United States. Unfortunately, the bill did not pass the House since the National Rifle Association preferred a bill that favors all Americans, not just truck drivers, to carry their permitted concealed weapons anywhere.

The only type of CDL drivers that have less risk while carrying guns in their trucks are self employed or independent truck drivers. Regardless, even independent truckers risk being stuck in a legal minefield considering their concealed weapons permit are not universally acknowledged in all states and they cannot cross into private or commercial properties with guns without risking gun ownership rights. It’s all a quagmire and until the laws are amended, the risk assessment remains the same. Now that you know the risks associated with carrying a gun in your truck, before you decide to carry along that firearm, ask yourself; is it really worth the risk?