All CDL drivers are required by the law to get tested for drugs and alcohol content prior and after operating a CMV. Unless you drive a truck on private property restricted to the public, every other trucker operates under the FMCSA regulation 49 CFR part 32 which the DOT refers to subject truckers to mandatory drug tests. Even if you are a part-time or a back up truck driver, you must go through a DOT regulated drug and alcohol test. A positive drug screen could ruin your career progression that is why it is important to know what to expect and be prepared.

At the moment, there are only 5 classifications of drugs which are tested by the Department of Transportation; cocaine, opiates, amphetamines/ methamphetamines, PCP and marijuana. On the other hand, having an alcohol blood level at 0.04 or more will get you on the DOT radar. In fact, employers are obliged by the law to disallow a CDL holder to operate a CMV if they have knowledge that the driver’s alcohol level is 0.04 or higher. 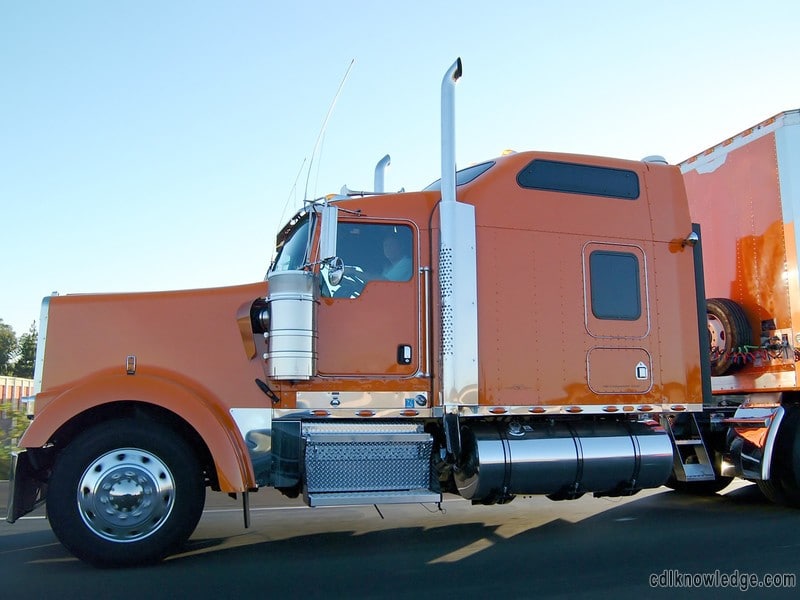 Before you get your first job as a truck driver, you must pass a drug test. The same case applies when you are an experienced trucker and you are seeking another job. Once you get the job, drug tests are usually done randomly without prior notice. The objective is to catch CDL drivers who are under the influence of illegal drugs off guard. Even when you are off-duty just relaxing at home with your family, you could get that surprise call to show up at the testing location in short notice. However, alcohol testing can only be done when a truck driver is on-duty or before and after a trip. In case of an accident, CDL drivers must get tested for both drugs and alcohol. The alcohol test must be done no less than 8 hours after the accident and the drug test within 32 hours. Additionally, if a DOT supervisor suspects you are under the influence of drugs and alcohol based on behavior, appearance, body odor or speech, you will be directed to get a test.

A refusal to take a drug test is treated the same way as a positive result. The immediate repercussion is the driver is restricted from operating a CMV on public roads. Afterwards, a Substance Abuse Professional (SAP) is recommended by the employer to begin the return to duty assessment. The purpose of the SAP is to evaluate CDL drivers who have failed or refused DOT drug tests accordingly. Therefore it is the job of the SAP to supervise the return to duty procedure which involves treatment, education, follow up testing and aftercare.  If a driver is approved past the return to duty process, he/she will be subject to a minimum of 6 random and supervised follow up tests within 12 months. The follow up tests could even be up to a maximum of 5 years depending on the discretion of the SAP. The decision of whether to fire a CDL driver or issue a mandatory leave of absence due to a failed or refused drug test is solely on the employer and not the DOT. Of course the worst case scenario is getting fired and the reason stated in your DAC report.

What DOT drug test looks out for is Schedule I type of substances that have no medicinal use. However, some drivers use prescribed drugs that could interfere with the drug test results. Remember to check if what is included in your medication is prohibited by the DOT and ask your doctor to write a letter stating if it safe for you to drive a CMV. The medical examiner will later review the medication and make a decision based on your supplements and prescription. For instance, anti-seizure prescription will disqualify a CDL driver to operate a CMV. Any other medicinal drug that contains methadone will also get a CDL driver off the road.

Usually, the urinalysis sample will split into two. Part A will be tested at a certified laboratory while part B will be safely stored in a secluded environment. The reason for splitting the urine sample is to avoid inconsistency. Although rare, there are cases of drivers who have failed DOT drug tests due to unavoidable medical reasons that interfere with the results. If the Medical Review Officer concludes that the medical grounds are legit, a ‘negative’ result will be reported to the employer. However, if there are no medical reasons to substantiate your claim, you have a right to request another test on sample B from a different laboratory within 72 hours.