What Is The Physical Performance Test For NYSED School Bus Drivers 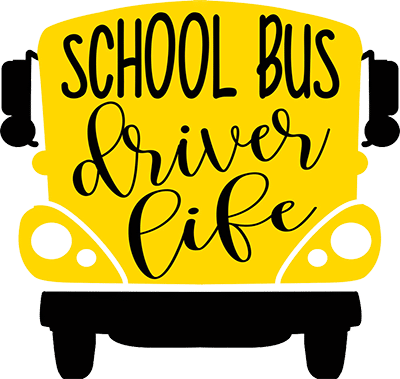 However, the physical performance test is done as a precaution to disqualify candidates with pre-existing medical conditions like arthritis, coronary heart disease, or severe asthma. Apparently, there have been cases of school bus drivers succumbing to health-related conditions behind the wheel and causing an accident. Sometimes it just happens, but to significantly reduce the heartbreaking statistics, let’s look at the physical performance test that must be done before you’re qualified.

It’s simple; you should climb and go down the school bus steps thrice within 30 seconds. Can you do it? Don’t worry; according to the field testing, it can be done in 10 seconds and for the sake of trying to make candidates not rush, it was extended to 30 seconds. That means, you probably won’t break a sweat if you can walk. Nevertheless, you should climb to the top of the stairs, turn around and descend rather than walk backward.

Test 2 – Quick Movement To Engage The Throttle and Brake

First, you need to exert pressure on the brake for not less than 3 seconds before you release it and do it again for 5 consecutive times. Alternatively, if your school bus features a clutch, you must depress the clutch for 15 seconds while stepping on the brake. The school bus driver instructor will determine the pressure intensity you should apply to the brake or clutch.

This is probably the easiest part of the physical performance test since all you need to do is manually open and close the door three times continuously. What’s more, there is no time limit but when you’re opening and closing the bus door, you shouldn’t stop until you’ve completed the cycle. In fact, even if you’re operating an automatic door, you’re expected to override it manually and complete the test. It’s not that hard, you will be opening and closing the bus door as much as 200 times a day when you’re a school bus driver; so you better get used to it.

Can you operate the hand controls when you’re driving a school bus? The instructor will issue a command that involves you activating the hand controls on the steering wheel without losing control of the vehicle. Keep in mind that you have 8 seconds to initiate the command before it is game over. If you’re worried about losing control, the test will be done in a secluded area away from traffic and the speed will be limited to 5 mph. Even so, you should try to familiarize yourself with the controls before the challenge to make it easier to pass this stage.

Every school bus driver should be swift enough to exit through the emergency door in case anything happens. Nevertheless, the criteria for this particular physical performance test stipulates that you should start seated while wearing a seat belt and walk out of the secondary door within 20 seconds. Of course, you shouldn’t jump out of the secondary exit but instead, you should sit and slide to avoid injuries.

Now fold up your sleeves because it’s about to get dirty! This test will have you moving a 125 pounds weight over 30 feet with a setup time limit of 30 seconds. Such training could be relevant during an emergency where it’s necessary to carry students outside. To your advantage, the instructor will mark the 30 feet length and the load will be stuffed in a duffel bag to make it easier to pull.

For what it’s worth, the physical performance test is not that complicated and with a little bit of practice, you can pass like a natural. Other than that, try to remain composed without getting nervous and everything will just fall into place. Ready? Good luck on your test!