So you just got your first job on the road immediately after CDL School but every time you tune into the CB radio, you don’t understand half of what they are saying. Probably the only word you can understand is ‘good buddy’ but every time you call a fellow colleague that term, you notice a slight frown of disapproval. That is because ‘good buddy’ does not mean what you thought. Sure, back in the days it meant just another truck driver but the term slowly evolved to mean friends with privileges. Just because you know the hidden meaning of ‘netflix and chill’ doesn’t imply you will get it smoothly on the CB radio or popular trucker forums. Welcome to the trucking world where everything is not what it seems like.

Sesame Street- The most popular frequency on the CB radio is channel 19 or otherwise known as Sesame Street. Most truck drivers hang out on channel 19 but be warned, it is like a Youtube comment section. Of course, there are disgruntled drivers who blabber words nobody understands, not even the most versed drivers on truck language. Don’t be surprised when Sesame Street turns into a war zone between various groups of drivers exchanging very offensive curse words. Regardless, there are still mature and reasonable truckers on Sesame Street who don’t get involved in such brawls.

Chicken Coop- Every trucker must pass through a chicken coop or in other words a weigh station. Apart from checking whether the load is within legal limits, weigh stations also observe safety inspections and load paperwork occasionally.

Swindle Sheet/Comic Book/Funny Pages- Used to refer to the log book that you take off at least 15 minutes per day to fill in the details of your travel.

Brake Check- Whenever you hear you need a brake check on the CB radio, just know there is probably a wreckage or construction ahead and you need to slow down. 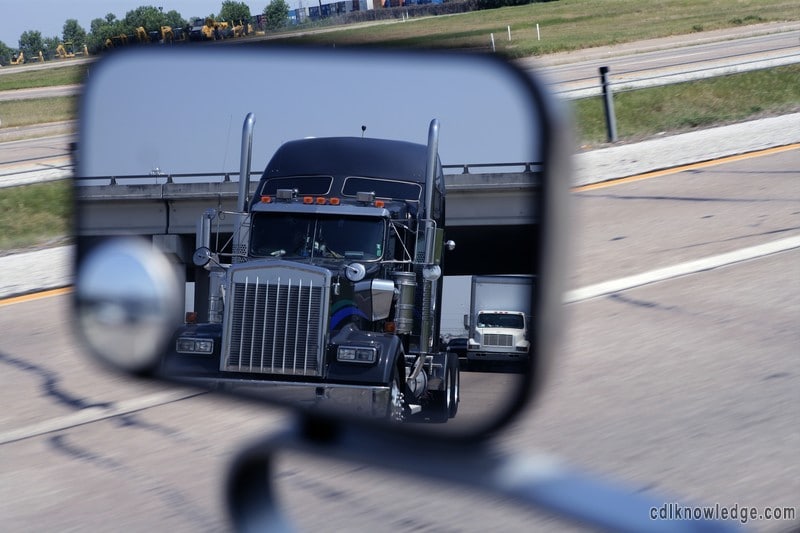 Hot Load-  Any cargo that is required to be transported immediately without further delay. Quite often, a hot load will get you a good tip.

Smokey Bear- There are many code-words for the police but smokey bear is the most commonly used slang word by truckers to refer to local enforcements especially state troopers. Bear in the air is another code-word to alert truckers that there are police in helicopters monitoring the highway. Although, it is rare to spot a bear in the air since it is costly to keep up a helicopter in the air than operating on the ground. Just keep in mind that whenever you hear bear with a combination of other words such as diesel, care or full grown, there is a law enforcement officer involved. Local yokel or city tittie are also trucker code-words for a local or town police.

Evil Knievel- Of course, whenever you hear knievel just know there is a motorcycle in action. Basically, evil knievel is a cop on a motorcycle.

Barney Fife or County Mountie-  Specifically, any officer from the sheriff department is a county mountie or barney fife.

Pick up Park or Pickle Park- Designated rest area off the highway where the LGBT community meets.

Granny Lane- Like the name suggests, the granny lane is the slowest lane on the road. Despite the ridicule nick-name, most truck drivers operate on the slow lane.

Hammer Lane- The left pathway on the interstate which is usually the fastest lane. If you want to speed on the hammer lane then you have to surpass the speed limit by at least 5 mph or you will end up slowing down other vehicles.

Yardsticks- To a truck driver who covers hundreds of miles every day, the distance you thought was long when you started out shrinks to your reach. No wonder yardsticks are mile markers in the trucking world. Even the big cities are referred as towns by truck drivers like any other metropolis or township.

Bed Bugger- If your assignment entails shipping house-hold goods across the country for those who are moving into a new home then you are a bed-bugger. Nothing wrong with that job since it pays well but you should know such trucks are often exposed to bugs, hence the name bed bugger.

Bull Hauler- Probably the toughest looking truck you are likely to meet on the road is a bull-hauler. You can spot such trucks by looking at the ICC bumper where most commercial drivers opt to put up a replica set of bull’s balls. Sure enough, most of the times the truck transports animals including large Mexican angry bulls.

Bob-tail- A bob-tail situation is when you are driving a tractor without a trailer. If you are not used to it, you will feel naked and the ride will be a little rougher. However, there is so much freedom that comes with a bob-tail that you can detour anywhere for adventure.

Truck-drivers are a special breed and quite different from the rest of the flock on the road. While the rest of drivers on the road are calling the petroleum liquid that runs their vehicles gas, the truckers call it fuel. Of course, you will not know all the slangs truckers use on the road at once but in due time, you might just be the next consultant. Who knows? Maybe you might compose the next generation of slangs for truckers.