It is evident most candidates who go to CDL training school do it to pursue a career in commercial driving. The government takes sufficient effort by regulating the CDL training course to ascertain competent drivers are trusted with the demanding occupation. Of course, CDL drivers are not trained like the typical regular non-truck drivers. It is not until you drive a truck weighing more than 26,000 tones half way across the country for non-stop days that you will appreciate why the government is so strict on up holding CDL training regulations. However, just like most things in life, you will soon realize that there were things you were not taught in CDL training school about commercial driving. Please do not misunderstand, CDL schools mostly teaches you about driving heavy trucks and not much about the life of commercial driving which is the reason why most people go to CDL training school in the first place. In retrospect, some of the things you were not taught relating to commercial driving in CDL School include:

Reputation is very important- The advantage a rookie driver has over other experienced truck drivers is that his/her reputation has not yet been evaluated. The reputation in this instance means the performance and consistence of the driver. Do you deliver the goods on time? How often do you break traffic rules and your carrier company comes to bail you out? Of course, there is no 100% consistency since you will sure meet up challenges on your way but try as much as possible to keep your reputation on a high note. On the other hand, you should also asses the reputation of a carrier company before you decide to work for them. Are they trust-worthy? How often do they bail out other commercial drivers out a jam? How is their insurance policy? Fortunately, you can ask other experienced drivers to help you figure it out. The better your reputation, the higher your chances of getting a load. 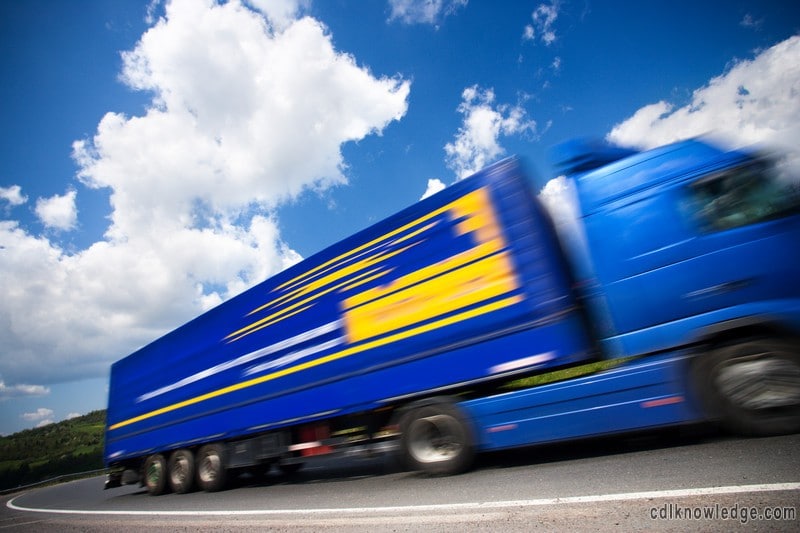 Invest in personal relationships- This doesn’t mean you pick up every other stranger on the road who needs a lift. In fact, it against the policy of most carrier companies to give lifts to stranded strangers on the road-side. Most drivers would really like to give out a lift to beat off the loneliness but for the sake of their reputation, they must keep it professional. Furthermore, you are trusted with a cargo value of at least a million dollars and you can’t afford to put it at unforeseen risk. However, it won’t hurt to keep regular connections with your friends, family or other truck drivers. CB radios are slowly being overtaken by other proximity applications such as Twitter, Facebook, Whattsup, Skype and Snapchat but still the purpose remains the same. Just remember not to text and drive.

How to save fuel- You have probably seen long trailers riding closely next to each other on expressways and got annoyed at the drivers for blocking traffic. Well, it is much more complicated than that since truck drivers hate doing that too. Heavy trucks are restricted to a speed governor between 60 and 65mph. The challenge comes when the truck travelling at 65mph tries to overtake the truck ahead moving at 63mph. However, the terrain changes to an incline which makes the truck speeding at 63mph ‘faster’ than the other one travelling at 65mph. But that can only happen if the truck travelling at 63mph is loaded lightly than the 65mph truck. Notice the difference is 2mph which makes the overtaking process longer. In such a scenario, the overtaking driver has two choices; either slow down and loose fuel plus struggle to regain the momentum or keep going until you are past the short incline road. It is not until you became a commercial driver that you realize the significance of saving fuel and time on your trips.

How to stay awake- Imagine driving non-stop for 11 hours and your only companion is your thoughts. After a long full day drive, you begin to feel numb, dumb, tired and sleepy. Not to mention most commercial drivers don’t have a regular sleeping pattern. For instance, today you have a load schedule at 3am and the next week it changes to 9pm in the afternoon. No wonder most truck drivers stop at the petrol station store to buy coffee and energy drinks. However, instead of relying on caffeine, it is better to exercise and sleep sufficiently during your break time. Stop immediately if you find yourself dozing off on the steering wheel. A cold shower at the nearest motel and a brief 30 minute sleep is just enough to bring back your alertness to last long enough before the next compulsory break.

How to cope with the weather– One minute you are trembling while driving in the freezing winter cold of Chicago while the next minute you are almost swimming in your own sweat under the scorching heat of Southern California. Unlike where it is always summer, driving a commercial truck during harsh winter weather in some states is quite a challenge. The visibility and slippery roads poses serious risks and according to the forecast, the harsh weather is unlikely to change for the next 2 weeks. If you wait for the storm to reduce, you will off load beyond the schedule but if you go on, you risk the safety of your goods. Now that is a catch 22 situation which many commercial drivers experience. That is why heavy trucks are built to pass through the toughest terrains but if you are cautioned by a state of emergency, you have no choice but to alert your carrier there has been an unexpected delay due to unavoidable circumstances.