In the trucking industry, an agreement between a contractor and the driver is essential to know what is to be expected from both parties. Hence, a written contract seals the agreement and by the law it is a document that is referred to in case of grievances. However, most truck drivers rush into signing a contract without reading it carefully or consulting an attorney. To avoid certain disputes in future with your contractor, you should know the basic criteria for a commercial driving contract.

Is it an independent or an employee contract?

The court considers various factors to decide whether a person- in this case a commercial driver- is an independent contractor or an employee. Do you or does the company supply and own the tools of operation? Are you working exclusively for the trucking company? Is the driver paid on per annum basis or does he/she send an invoice regularly? An independent truck driver will have more control over the schedule, equipments and payment of services compared to an employee of a trucking company. Unlike most drivers on an employee contract, independent contractors are free to work with other trucking companies and majority control their own trucks whether they leased or bought it. On the other hand, if a company is willing to fully integrate you into their operations in such a way that the company will exercise control over how you perform your duties on long-term basis, it is quite clear that you will be offered an employee contract. If you are not so sure whether you are part-time or full-time, it is better to ask the trucking company to clarify rather than to assume. 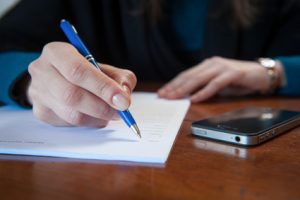 What is your job description?

Nobody wants to do a job that they did not sign up for. That is why, it is important for a contract to describe your exact duties prior to the commencement of your job. How many hours will you be driving per day/week? Where will you be transporting the goods to and from? Will you cross the border? In case of technical glitches on the road, who will take care of it?

What are your benefits?

In exchange for your time and services, what will you receive in return? It can be in stipulated in form of hourly wage, annual salary or commission. Is there any retirement policy or a pension plan? Other basic benefits include health insurance and vehicle cost re-imbursement. Some trucking companies also offer employees bonuses to motivate them to work harder. If a bonus is part of the package, make sure you know what are the exact terms and conditions to be eligible for a bonus. Don’t forget to clarify through which means the payment for services will be made.

In the United States, a commercial truck driver is not supposed to work more than 14 hours in a 24 hour period. The work includes on-duty roles such as driving, pre-loading, offloading and even taking a meal. However, a CDL driver should not drive for more than 11 hours within 24 hours. Trucking companies already know the 11/14 hours rule so it will likely be stipulated in the contract. Additionally, trucking companies have to adhere to Family and Medical Leave Act which entitles employees to a leave of absence in case of a personal or medical emergency. Depending on the company, the average absence time is usually 28 days per year but you can bargain for extra days. Although a certificate from the doctor is usually required.

How will you be protected if the contract is terminated?

A commercial driving job is a delicate role and the driver is usually entrusted with valuable goods. Because of that, expect the company to cite a responsibility clause in the contract that would transfer liability to the driver in case of certain negligence. For instance, driving while distracted or under the influence will put you in trouble with both the law and your employer. If the driver neglects certain crucial responsibilities stated in the contract, the employer has the capacity to end the relationship at will. However, it would be unfair for the employer to terminate the contract if the truck driver did not breach any deal breaker clause. Otherwise known as ‘without cause’ happens when an employer dismisses an employee due to certain reasons on their part such as downsizing or selling out. In such a scenario, the driver is entitled to an advance notice and a ‘send-home’ package as prescribed in the Ontario Employment Standard Act, 2000. Although the Ontario Employment Standard Act of 2000 sets out the minimum remedy and you are free to negotiate for a more satisfying package in the event of ‘without cause’ dismissal.

What are your restrictions on the contract?

Most employers include confidential clauses that prohibit their employees from sharing vital information to competitors, working independently with clients you met through your employer or starting up a competing joint while still under the contract. However, most independent contract drivers are unlikely to meet such restrictions since they are normally contracted on short-term basis. Of course, you have to understand your potential employers are only protecting their interests but a dispute will likely arise when the contract states that you are exclusively restricted from working for the company’s competitors after the contract expires or is terminated. Avoid signing such contracts. It’s a small world in the commercial transportation industry and the last thing you want is having a hard time searching for another job.

NB: Sometimes trucking companies specify a short-term trial period for the driver to fulfill the job expectations. If the driver surpasses the trial as expected, he/she is offered a different contract usually on the long-term basis.

There are many grounds to cover when it comes to signing a long-term contract. A commercial driving contract helps to forecast the type of relationship to expect with your trucking company before officially commencing your job. If there are clauses in the contract that you do not fully understand, don’t forget to consult with your attorney. Re-negotiating the terms and conditions of a contract before signing is still an option if you are not satisfied.